ZipBox is driven by technology, and we have a lot to be excited about in the 21st century. Every day new technology is being developed that could change the business world for centuries to come. In this blog we’ve picked out our favourite potential innovations of the future that could revolutionise the commercial property industry.

Drones are already being used in commercial property, allowing stunning aerial imagery of properties to be taken and virtual tours to be created. As drone technology becomes more familiar and affordable its uses could extend much further. Landlords and inspectors could begin to use drones for repairs and inspections. It may even be possible for construction materials to be transported without the need for large structures such as scaffolding. This may seem a long way off, but with Amazon already testing using drones in delivery services it may not be so far away.

An extreme example of this is the newly developed ProDrone PD6B-AW-ARM, a drone with large Dalek-esque claws that has the ability to pick up and transport various objects:

3D modelling is already revolutionising the prototyping phase of design and production. Models can be created in a fraction of the time careful woodworking and supergluing can take up. It also allows an easier way to create proof of concept. Currently 3D printing is not aimed at your average consumer, however once it reaches an affordable industrial scale we could see wonderful iterative constructions like Germany’s HUF housing. 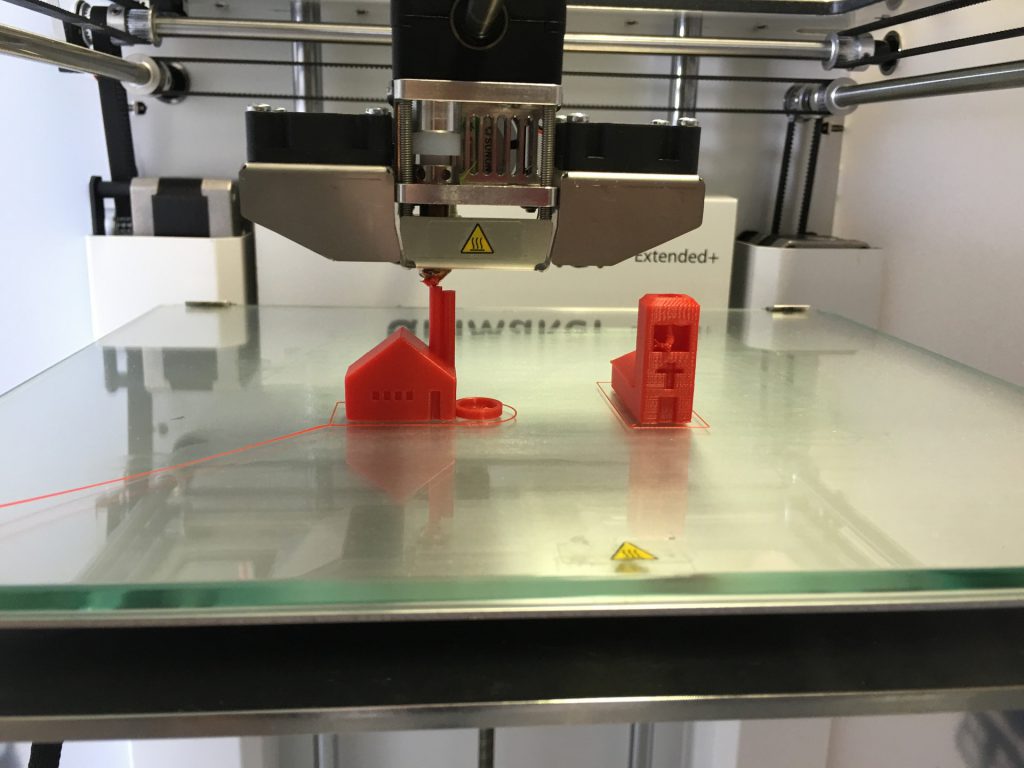 The concept of Wi-Fi power was created by Nikola Tesla a long time ago, but has only just been put into applicable use via ‘Backscattering’. This messy-sounding method was developed by professors of electrical engineering Joshua Smith and Shyamnath Gollakota and involves absorbing trace energy from radio signals, using it to fuel small signals that can power low-energy devices. The full scale of benefits and long term consequences of this form of energy on the planet are yet to be discovered but if this technology is perfected, it could improve many industries, particularly property as cutting out unnecessary wiring could mean major positive changes to property construction.

In 2011 artificial intelligence proved that it can respond to conversational questions when IBM’s ‘Watson’ computer annihilated two human opponents in the game show ‘Jeopardy!’. AI with conversational skills means the possibilities for research, development and customer service are endless. Simple tasks such as searching the internet for information could be made increasingly user-friendly and become as simple as just asking the question, minimising the manipulation of search algorithms. Voice activation is also likely to become more reliable than ever until it is a natural part of everyday life.

Renewable energy is continuing to improve but at a rather slow rate. Although the environmental benefits make it a no brainer, renewable energy results in a high amount of excess energy, so the more energy renewed the more energy wasted. Companies and consumers alike are starting to embrace renewable sources of energy. California are leading the way, aiming to become the renewable energy leading state in the US. They utilise wind energy and solar panels and are experimenting with lithium iode batteries which store the excess energy released from these sources and then release it when it is needed. This could be just what renewable energy needs to become more effective. The use of renewable energy is encouraged by innovations such as smart meters, which have refined their analytics to inform and empower consumers to improve their own energy efficiency.

Smart cities and the Internet of Things

The culmination of all the above, and many other innovations we haven’t touched on, lead us to the idea of everything in society, business and living being networked together. We know we’ve mentioned the Internet of Things a lot in our blogs but that’s because the idea is getting more and more realistic. Imagine getting up, your coffee is ready waiting for you because the machine know when you’ll be getting up, your outfit is picked out for you (a warm jumper because your wardrobe knows it’s going to be cold today) and then you are driven to work in a self-driving, eco-friendly fully electric car (if you even need to leave the house at all). The ethical issue of this are still controversial so who knows if this will ever happen- but it’s definitely possible!